Complex Compressor Routing
It wouldn’t be too hard to argue that there are a lot of sonic possibilities presented by compressors. Need to distort and smash a source to the point that it’s unrecognizable? Try a compressor. Got a vocal that just needs a little bit more dynamic consistency? Try a compressor. Want to turn down one track every time another track plays? You get the idea.
But what happens when we experiment with routing compressors in different ways? There are the common serial and parallel compression options, which we will cover in this post, but there are more options than just those two choices.
Serial Compression
Serial compression is the simplest and most common way of using multiple compressors in conjunction with one another. All you need to do to make use of serial compression is use one compressor as an insert, and then put another compressor on the insert slot after it. Where it gets interesting, though, is how you make those compressors interact with each other.

A Unique and Complex Compressor Routing Scheme
However, dealing with all the tracks that come along with compression routing of any kind can get complicated. You could eventually get to a point where there are quite a lot of tracks working in tandem with one another, which means you could end up creating more and more work for yourself. Luckily, though, we’ve got a way for you to simplify this process.
The McDSP SPC2000 Serial/Parallel Compression Plug-In
Want to try out complex compression routing schemes without having to deal with a bunch of different tracks? Check out the SPC2000 Serial/Parallel Compressor plug-in by McDSP! 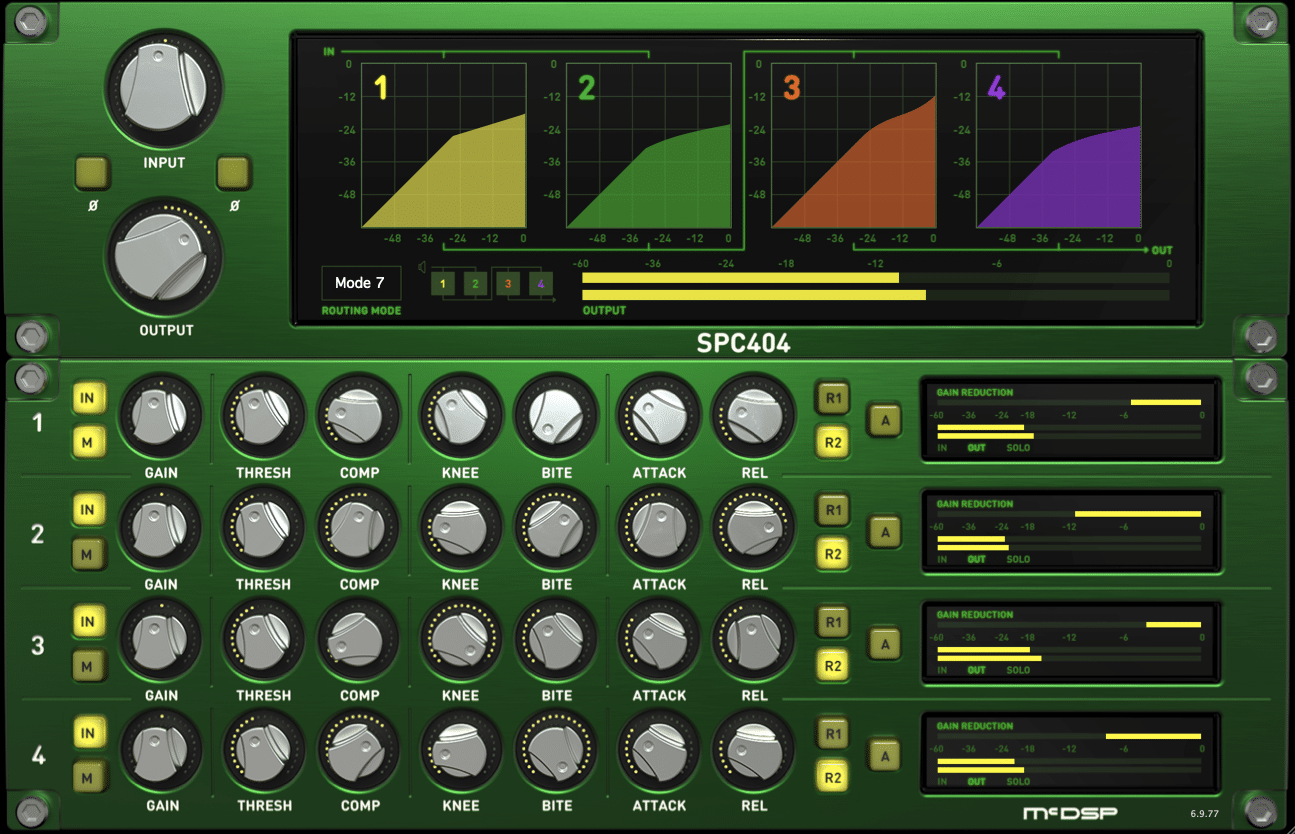 The McDSP SPC2000 Serial/Parallel Compressor Plug-In
The SPC2000 comes jam packed with ten different routing options, including simple parallel and serial compression options, alongside two-stage, three-stage, and four-stage configurations of the plug-in. Additionally, each compressor within the SPC2000 includes the same exact algorithms from the classic CompressorBank compressor plug-in from McDSP, giving you the utmost control over every compressor in whichever routing scheme you end up going with.
Another great feature included with the SPC2000 Serial/Parallel Compressor plug-in is a master link control that allows you to modify any parameter across all of the SPC2000’s compressors at once! You’ll also get a few different peak detection circuits to choose from, a BITE (Bi-directional Intelligent Transient Enhancement) control for each compressor, and a morphing knee control for each compressor that models various analog compression curves.
Want to check out the SPC2000 for yourself? Try out a free 14-day, fully functional SPC2000 Serial/Parallel Compressor trial here.
As always, we hope you learned something new! Be sure to sign up for our newsletter below to stay up to date on all things McDSP. We’ll see you next time!
NEWSLETTER SIGNUP
Company
AboutContactDealersPress
QuickLinks
ShopDemosSubscribeEducationPrivacy Notice
NEWSLETTER SIGNUP