Why Use Analog Console Emulations?
“Analog sounds so much better than digital!” “Digital gear just doesn’t have the same warmth that analog gear does.”
Even if you’re new to the music production world, chances are you’ve heard statements like these time and time again, and that’s because they’re true! After all, why else would emulations of analog tape machines, consoles, saturation, etc. be so popular?
Let’s look at the world of analog console emulation plug-ins and see why exactly they’re so popular.
Streamlining Your Workflow
A big benefit for using console emulations in your mixes is that you will likely be able to save CPU power by shortening your plug-in chains! This is particularly great for anybody who’s using a computer that isn’t powerful enough for sessions with high track counts. 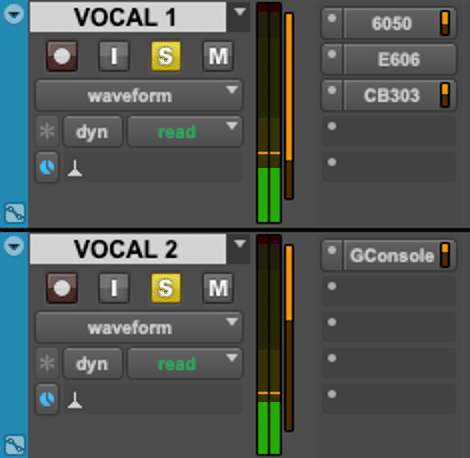 Using a Plug-In Chain (Top/Vocal 1) Vs. a Single Console Plug-In (Bottom/Vocal 2)
The main reason console emulations can cut down the length of your plug-in chains is because they usually include various types of processing in one plug-in instance. For example, you might be used to using separate plug-ins for processing such as EQ, compression, and gating. However, with a console emulation, you’ll likely be able to do all of this within the same plug-in.
This is not only great from a CPU power point of view, but it can also make your workflow much smoother! With console emulations, you don’t have to open separate plug-in windows to see all the processing on a track at once. Instead, you can see everything in one neat and organized package.
The Impossible is Possible
Additionally, analog console emulations completely revolutionize the way you can think about processing on a console. 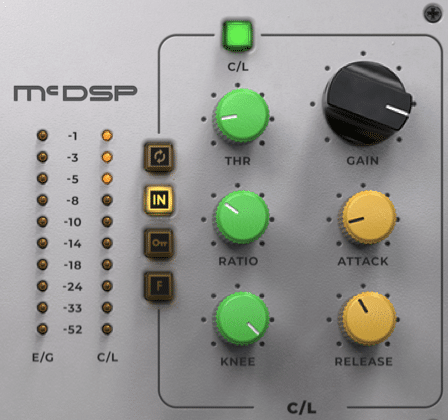 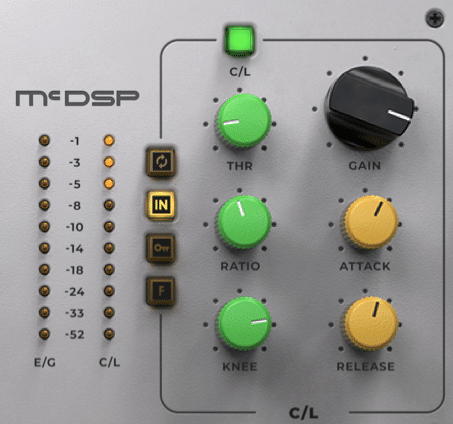 Mixing with 2 Different Console Emulations at One Time
For instance, when you’re working on a real console, you’re restricted to working with the vibe offered by the channels on that console alone. However, console emulations allow you to retain that console workflow and sound while also giving you the ability to mix in the tone and vibe of different consoles. This basically allows you to create your own custom, virtual console!
Also, let’s not forget that many console emulations offer controls and features that weren’t available on the original hardware that they’re emulating. That means that console emulations can be even more versatile than their hardware counterparts, allowing for even more possibilities.
The McDSP Channel G and Channel G Compact Plug-Ins
If all of this sounds great to you but you don’t know where to start, check out the McDSP Channel G and Channel G Compact plug-ins! Let’s compare the two down below.
First, let’s talk about Channel G, which can help you cut down the length of your plug-in chains while also providing you with some fantastic tones. Channel G includes a knee control that allows you to switch between 5 different analog console emulation modes, each of which provides a unique compression curve and sound. 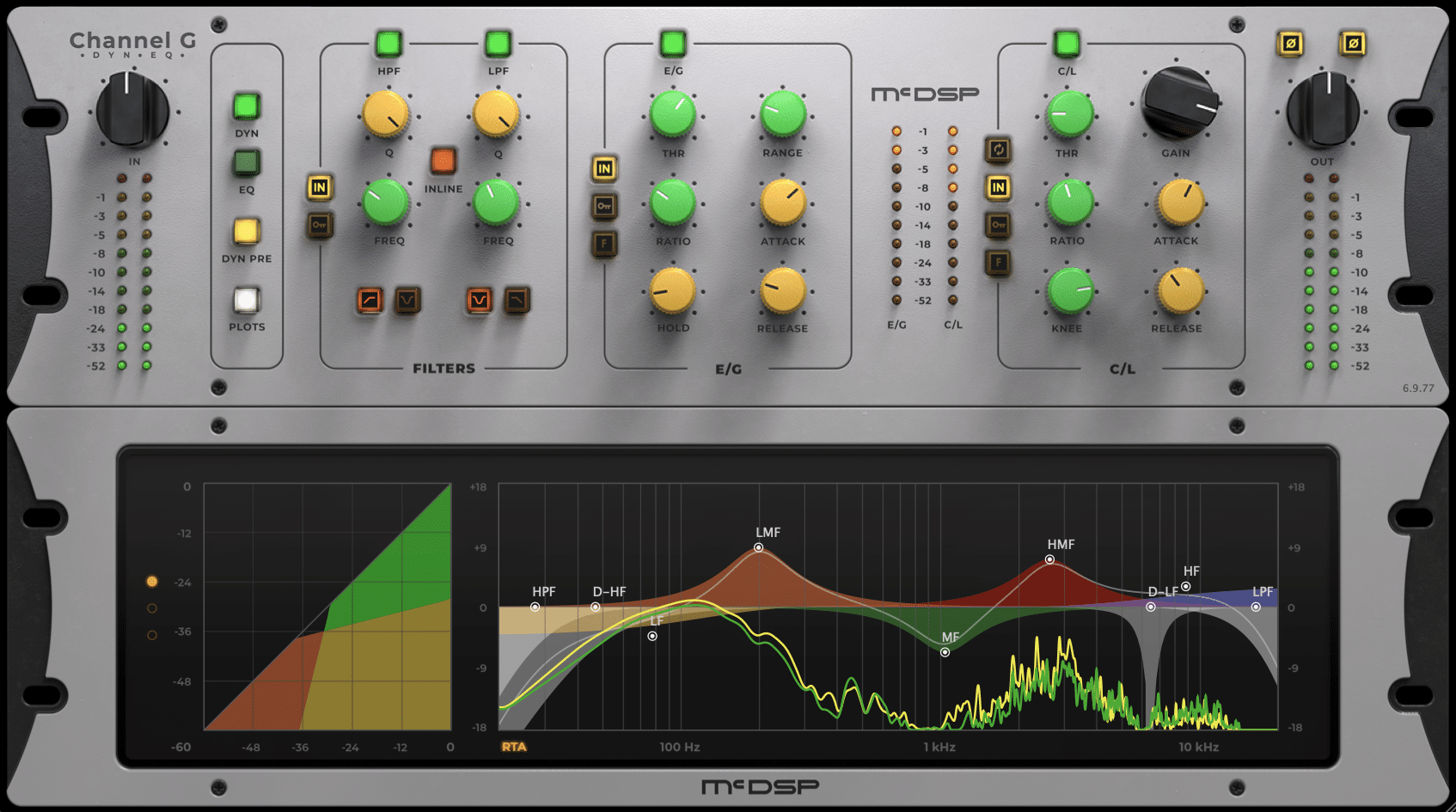 The Channel G Plug-In by McDSP
After enabling any of these emulation modes, the ranges of Channel G’s compressor attack, release, ratio, and filter controls change to match the respective ranges of the original hardware that’s being modeled by that given mode. This enables you not only to incorporate the sounds of these consoles into your mixes, but also to feel what it’s really like to use them.
Additionally, Channel G expands on the functionality of famous hardware with dedicated filter sections for both the Equalization and Dynamics sections. You can even use the Equalization section’s EQ Modes to pick from 4 different models of hardware EQs, all of which modify the overall character of the EQ section. These features, along with its rare feedback compression mode and incredibly powerful and transparent gate, mean that Channel G offers all the tonal versatility you could possibly need in one package.
But how does Channel G Compact differ from Channel G? Channel G Compact offers almost all the same features and tonal versatility that Channel G does, the only exceptions being that it does not feature an Expander/Gate section and that its EQ features 4 bands instead of 5. Also, it does not feature separate Dynamics and Equalization panels like Channel G does. Instead, all the controls that are available to you are displayed on one panel. 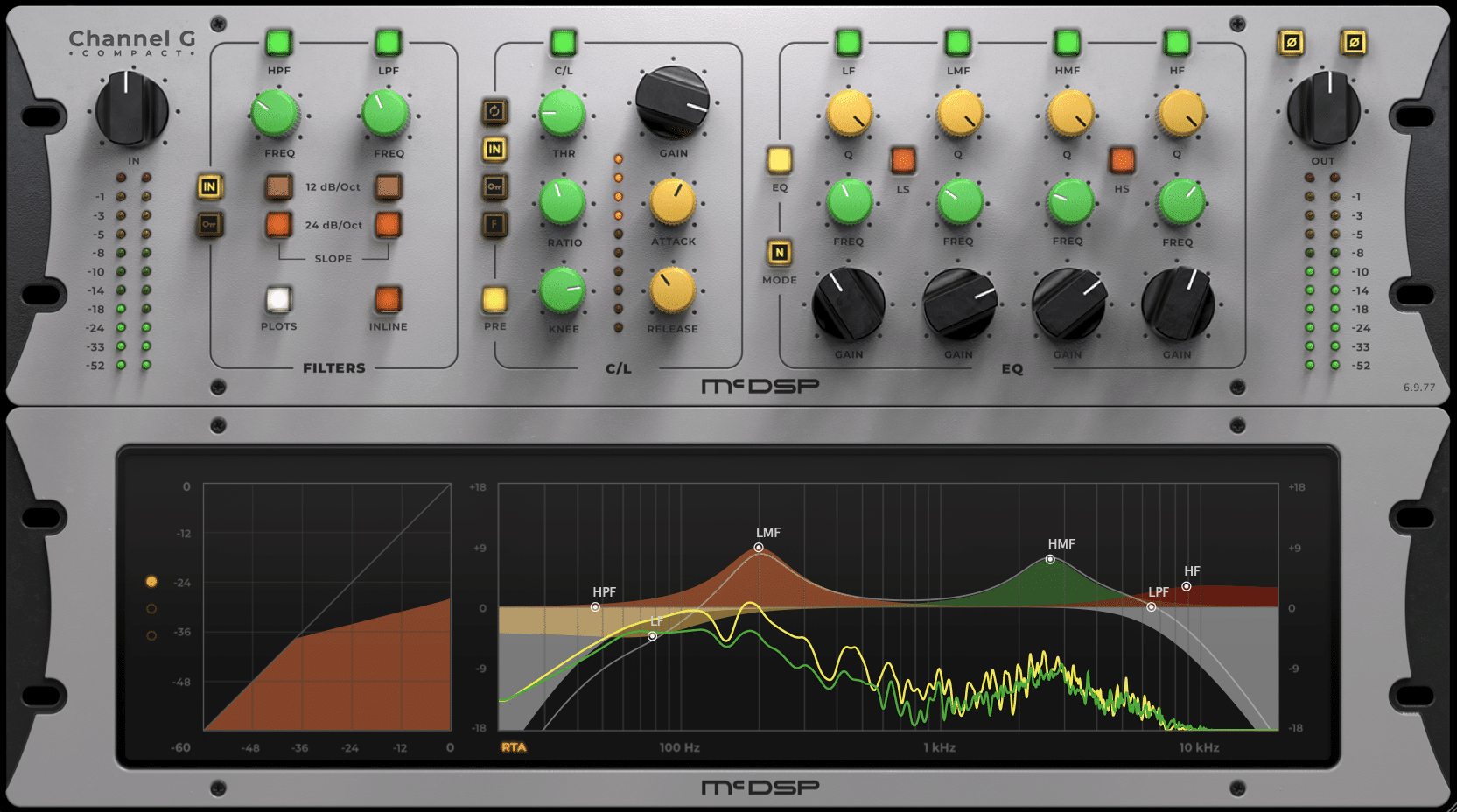