Tape Saturation – You Want It
Sometimes it seems as if every mixing engineer is on an endless journey to add as much tasteful vibe to their productions as possible. This is very understandable, as the unique sonic characteristics you impart on your source material are what make your mixes sound like they were done by you!
In this post, we’ll explore one of the most common ways of adding that vibe that everyone’s after: tape saturation plug-ins!
What is a Tape Saturation Plug-In?
A tape saturation plug-in as a plug-in that emulates the sound that you’d get from running a source through a tape machine. You could also think of it as a subtle (or aggressive if you drive it hard enough) type of saturation that is known for pleasantly enhancing the harmonics of a source.
That said, there has to be more to it than just that, right? Right! Let’s get into more detail.
Why are Tape Saturation Plug-Ins So Popular?
The biggest reason that tape saturation plug-ins are so popular is that they’re known for adding “mojo” and “vibe” to anything you run through them. Although it may be tough to hear this effect on some sources, dialing in a tape saturation plug-in across all the tracks in your mix is likely to provide you with the depth and nonlinearities that analog tape is known for.

Using a Tape Saturation Plug-In Across a Mix
Many mixers treat tape saturation plug-ins as a “set it and forget it” type of processing, and use a template that has a tape saturation plug-in inserted on every track, allowing them to integrate the analog sound that they’re looking for into all their tracks from the start.
Tape Without the Inconveniences of Tape
It’s no secret that real tape machines are expensive not only to buy, but also to maintain in the long run. Tape machines must be regularly calibrated, and replacement parts are not cheap. Rolls of tape are also very expensive, but it doesn’t stop there! Even once you’re set up with all the gear you need to get up and running, the smallest editing tasks, such as splicing in a chorus from another take, can prove to be tedious and time consuming.
This is another reason tape saturation plug-ins are so popular! They allow the user to get the sound of tape in their productions, all without the expensive and time-consuming process of using real tape.
The McDSP Analog Channel Plug-In
If you’re looking for a quick and easy way to understand the sound of analog saturation, check out the Analog Channel plug-in by McDSP! 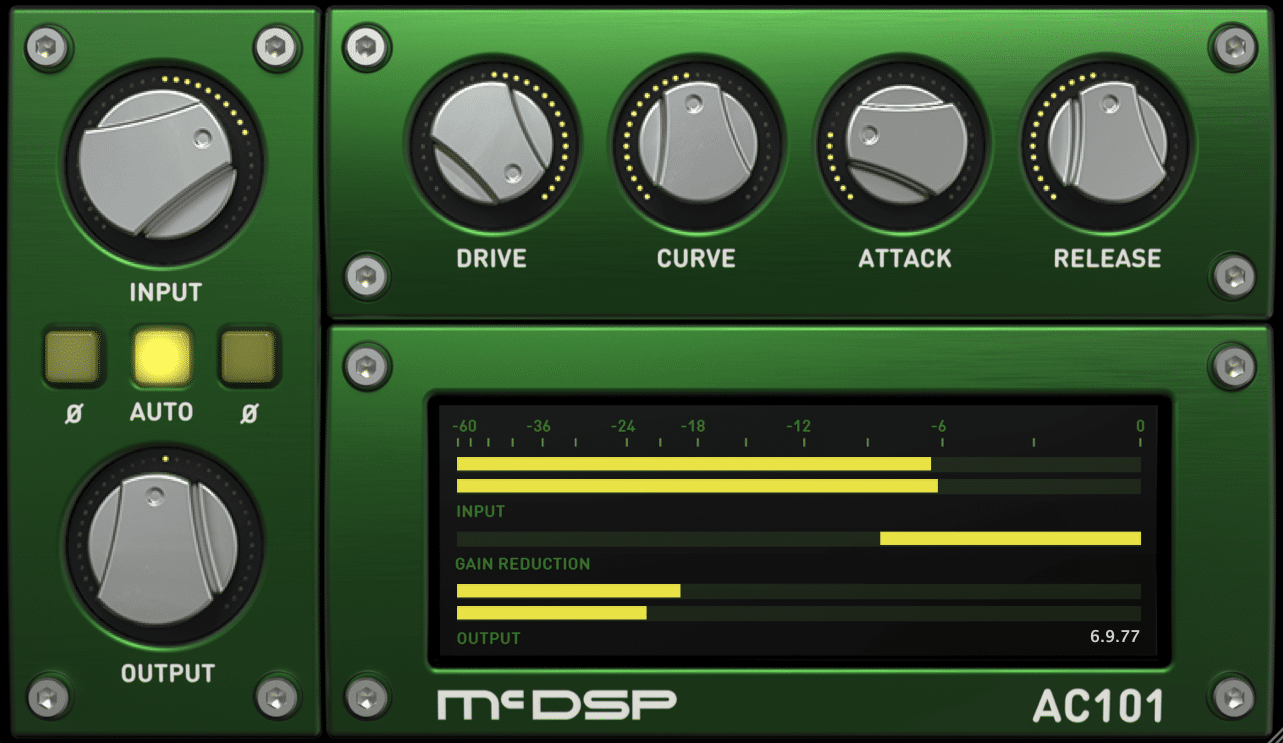 The McDSP Analog Channel AC101 and AC202 Plug-Ins
What Does it Sound Like?
Curious to hear what the Analog Channel plug-in can do? Check out the example audio clips below to hear it on a drum buss! You can also take a look at the AC202 screenshot below to see the exact settings we used for this example.

The Analog Channel AC202 Settings Used in This Example
When listening to the “Engaged” clip, pay attention to the way the drums simply get much thicker than they were before. Additionally, notice that the drum buss sounds a lot more glued together when Analog Channel is engaged, leading to a more cohesive drum mix overall! These changes may trick your ears into thinking that the Engaged clip is louder than the Bypassed one, but you can rest assured that we’ve level matched the two clips.
Want to check out Analog Channel for yourself? Try out a free 14-day, fully functional Analog Channel trial here.
As always, we hope you learned something new! Be sure to sign up for our newsletter below to stay up to date on all things McDSP. We’ll see you next time!
NEWSLETTER SIGNUP
Company
AboutContactDealersPress
QuickLinks
ShopDemosSubscribeEducationPrivacy Notice
NEWSLETTER SIGNUP