End Compressor Chains with a Limiter
Stacking compressors to achieve a desired sound is a fairly common technique, as it opens up a whole new world of tonal possibilities! It can also help you achieve a better compressed sound in general since you’ll be spreading the workflow out amongst multiple plug-ins.
That said, there are many situations in which you might want to consider topping off your compression chain with a limiter, especially if you just can’t seem to pin an element of your mix in place! Let’s talk about how to do this and why you should consider it.
Setting Up Your Signal Chain
It’s common to start off your compression signal chain with two compressors. One of these compressors might have a more laid back, fast-attack slow-release sound, while another could have a medium attack and a fast release to bring a bit of movement into the mix (no pun intended). You could put these compressors in whichever order you’d like, experiment, and see what sounds best to you! After these compressors, instantiate a limiter plug-in.

Limiting After a Compression Chain
Dialing in Your Limiter
Now, let’s say you got your two compressors dialed in mostly to your liking on a vocal, but one of your compressors is adding a lot of movement so you’d like to pin it in place just a bit more. Enter the limiter!
If you’re using a limiter plug-in, dial in your ceiling control so that it’s just barely above the highest volume peak that your source hits. Don’t do any gain reduction quite yet. Then, bring your threshold down so that the vocal gets louder and hits the limiter’s ceiling, just barely causing any gain reduction to occur. 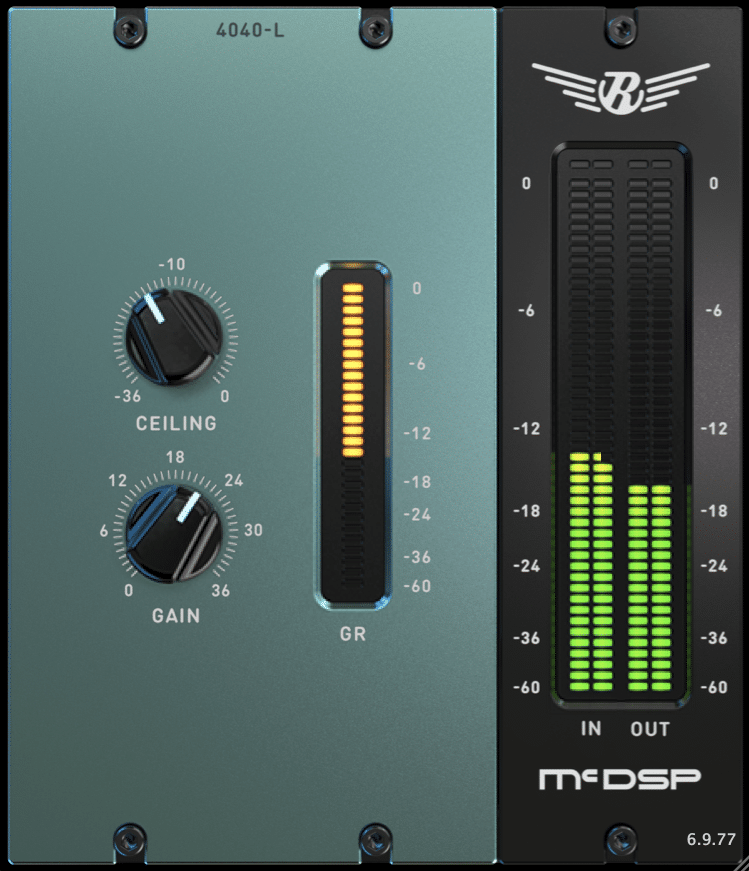 Potential Limiter Settings on a Compressor Plug-In
If you made your source too loud, play around with balancing the threshold and ceiling controls until the volume of your source is right where you want it.
Depending on how much gain reduction your compressors are doing, you might want to go easy with the amount of gain reduction happening on your limiter. If you push it too hard, you could end up making your source sounds too squashed, pumpy, and unnatural. We wouldn’t want that!
An Insurance Policy
Note that pinning your dynamics in place isn’t the only reason you might want to incorporate a limiter into your compression chains. Rather, it’s also a great way to make sure that you tame unwanted peaks and transients that could be triggering other dynamics processors too aggressively. You may end up eliminating some issues you didn’t even know you had!
The McDSP 4040 Retro Limiter Plug-In
If you’re looking for a great limiter to use for this application, try out the 4040 Retro Limiter by McDSP! 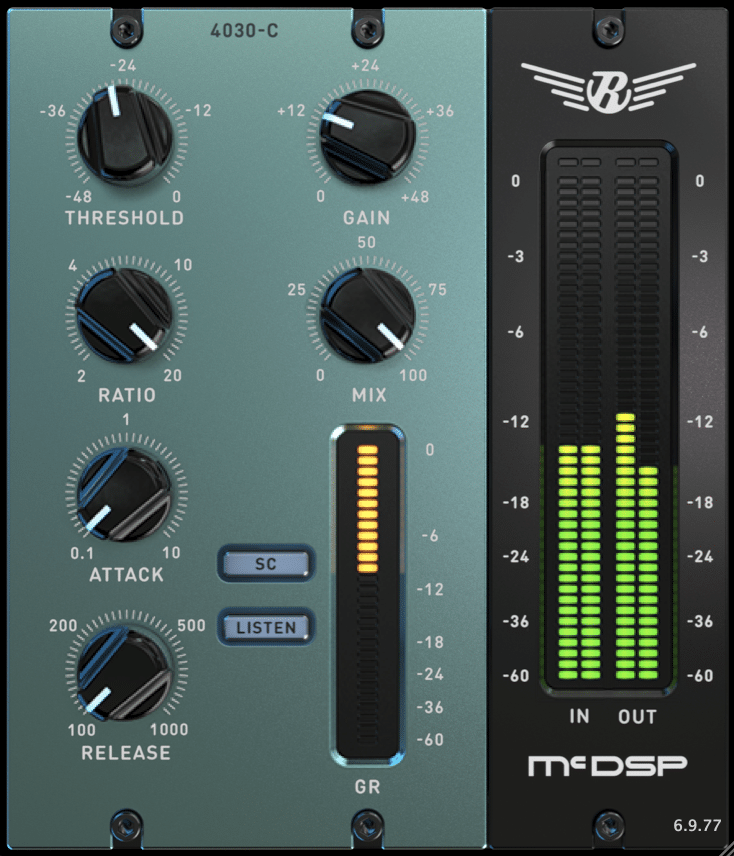 The 4040 Retro Limiter by McDSP
You might notice that the 4040 has an incredibly simple two-knob interface, but don’t let that fool you, as it has quite a few unique things going on under the hood.
For starters, it has a completely original algorithm, meaning that it isn’t modeled after any hardware units and that it has its own unique sound!
Furthermore, this plug-in combines a look-ahead brick wall limiter function with several subjective treatments that make the 4040’s effect subtle, yet vintage. Lastly, like the rest of the plug-ins in McDSP’s Retro Pack, it features an output stage topology that eliminates digital clipping at any output level, leaving behind a smoother distortion characteristic in its place.
Want to check out the 4040 for yourself? Try out a free 14-day, fully functional 4040 Retro Limiter trial here.
As always, we hope you learned something new! Be sure to sign up for our newsletter below to stay up to date on all things McDSP. We’ll see you next time!
NEWSLETTER SIGNUP
Company
AboutContactDealersPress
QuickLinks
ShopDemosSubscribeEducationPrivacy Notice
NEWSLETTER SIGNUP